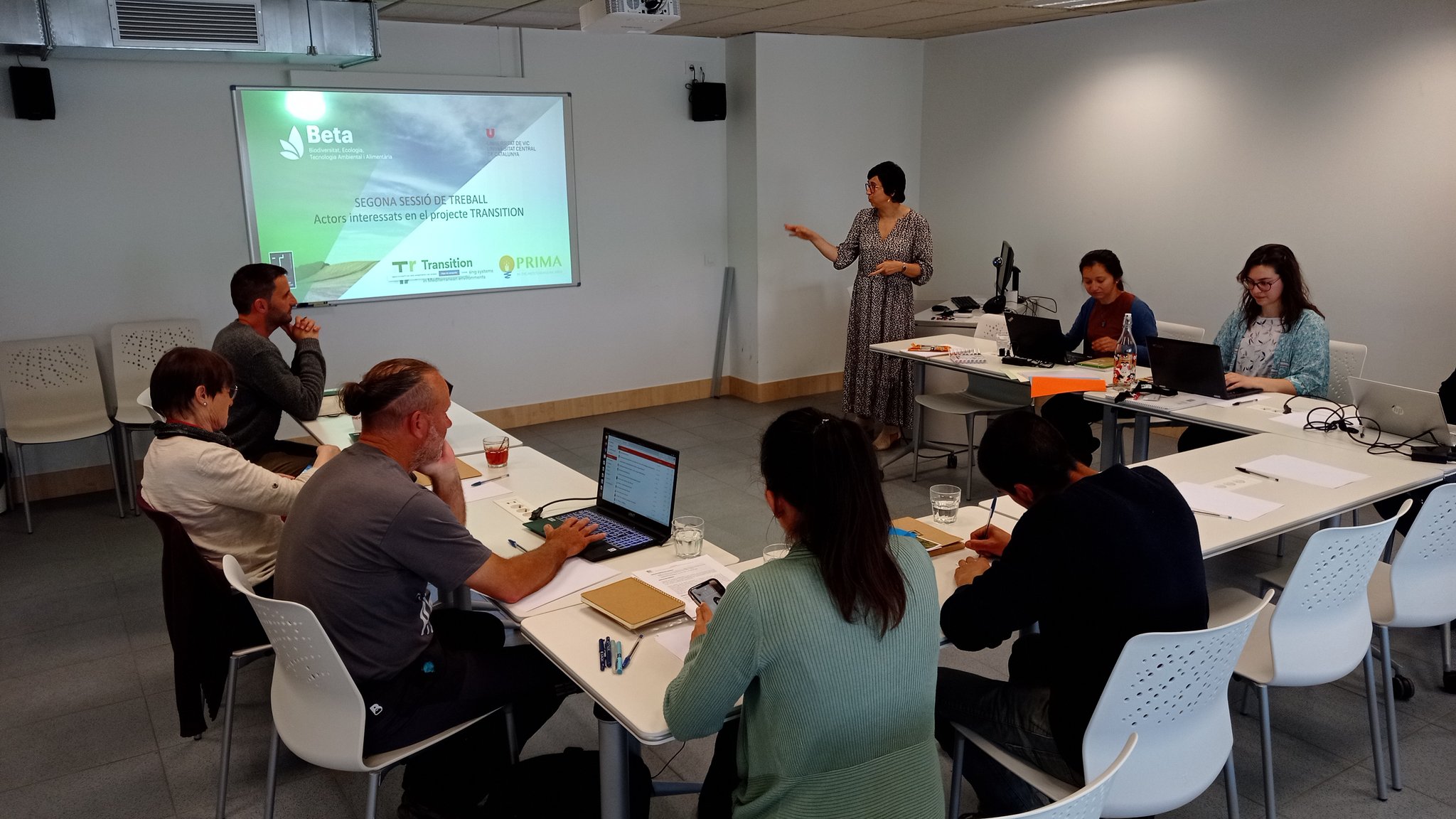 UVic-UCC was held two stakeholder meetings following the participative methods. The participating stakeholders (forestry technicians, professors, and agricultural associations head representatives) were selected based on their expertise in agroforestry systems in Catalonia.
First meeting was virtual. It was held on the 27 th of January, and it allowed us to explain the objectives and the structure of the TRANSITION project. The second meeting, face- to-face, was held on Friday 6 th of May and took place in the facilities of UVic-UCC. On this occasion, three main objectives were established: to collect information about agroforestry and mixed farming systems in Catalonia, to select different innovative strategies to use in these systems and, to identify the main barriers to their expansion
in our territory.
The face-to-face session was divided into three blocks of work according to the objectives. Each block consisted of two parts, firstly giving some definitions and examples and secondly, interchanging ideas and discussing the formulated questions.
Due to the active participation of the stakeholders we could achieve all the planned objectives. Six possible study systems were selected (e.g. vineyard plus olive trees; arable plus fruit tree crops, etc.), a serial of resilience indicators (socio-economic and ecosystem services) were established and, the barriers to the implementation of these systems in Catalonia were identified and prioritised (economic, socials, among others).

Information collected during the second stakeholder’s meeting helped us to build a contact network to set the experimental plots and to perform the individual interviews, which are being done during June and July of this year. All the results will belong to a document that will summarise the information on agroforestry systems in the Mediterranean basin, which we expect to be useful to be consulted by anyone interested in these systems.

No Tag
© 2022 . Created for free using WordPress and Colibri